Some couples want to separate, but not divorce or dissolve their civil partnership straightaway.

There are many reason why separation may be preferable, such as if you have not been married a full year or for religious reasons.

You have three choices when you separate:

Separate physically and take no legal steps:  If you do so, you are not protected against a claim for money made by your husband or wife within a divorce. So if you get a better job, inherit money or buy a new home, these things are not protected financially in the event of a later divorce.

Have a legally binding written agreement about money:  This is called a Deed of Separation which we can prepare for you.  It will protect you from financial claims being made by your spouse within a divorce.

There are however some clients who would prefer a judicial separation. For instance for religious reasons the client may not wish to go through a divorce but still wishes the Court to deal with the financial issues arising from the breakdown of their marriage. However, it should be noted that the Court has no power to make a pension share order on a judicial separation.

We can help you by talking through the options available and assist in making the decision that is the best route for you. We can further assist you in taking the appropriate action to achieve the outcome which you desire.

For advice and support, please contact your Family Law Team on 0774 703 1270 or by email on family@winstonsolicitors.co.uk. 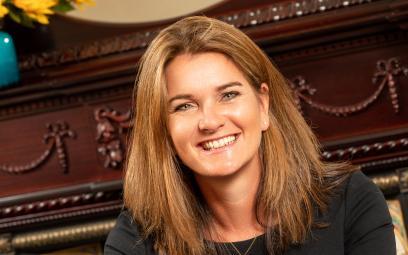 Partner - family solicitor
07920 222 630
@email
Contact Harriet today
If you decide not to divorce, you will remain legally married to your spouse and your financial claims against each other will remain open indefinitely.

A divorce takes a minimum of 30 weeks. This process can however be lengthier if there are financial matters to also resolve.

Research tells us that arrangements agreed between the parties are much more likely to succeed if they are made by consent. However, where one parent does not agree to those arrangements you may need to try mediation, arbitration or ultimately court proceedings to help you sort these arrangements.

This is a document that is legally binding and usually sets out how legal owners of a property shall own the shares in that property.